WHAT DOES THE WORD “FARMER” MEAN?

The definition of farmer is: “a person who cultivates land or crops or raises animals (such as livestock or fish).”[1] In use, however, the term isn’t that clear.

The most recent USDA numbers show more than half of today’s farmers have a primary occupation other than farming.[2] This means doing chores before work, then heading out to the barn and fields for long hours after work. Typically this isn’t by choice, but a necessity due to the financial burdens of buying land, covering health insurance, and acquiring necessary equipment. In our rural area, those who have a full-time occupation tend to describe themselves by their primary occupation with the tagline “and I farm.”

Women who farm are even less likely to call themselves farmers. An article in Ag Women’s Network quotes a number of women who put in long hours on the farm but don’t believe they qualify for the occupation. One of these women is Katie Keddy, who says, “Strangely enough I have felt judgment with some women using the word farmer to describe themselves or others as farmers. I have friends who if I called myself a farmer would snicker because I don’t do it full time, 24–7. But then others would refer to anyone with livestock and a garden as a farmer.” She goes on to say, “It’s funny when you really think it over how in agriculture, and as a woman in ag, one term can carry so much weight and definition to someone’s sense of self.”[3]

Why is it so hard to claim this term? There’s a lot of snark out there. In a post, titled “Yo, Farmer Dude,” Kentucky writer Katherine Dalton asserts that the term “farmer” shouldn’t be diluted by those whose gardens provide a large part of their diets or who plant edible landscapes or rely on urban farms.[4]

I understand what she’s saying. Words have power. Perhaps overusing the term “farmer” diminishes a status earned through grueling and often thankless labor. That term, however, hasn’t always been eagerly sought out. Other words associated with farmer include “hayseed,” “bumpkin,” “yokel,” “hick,” “peasant,” and “rube.” Quite a few of my elders were raised on farms but, once they found occupations in far-flung cities, never admitted their hardscrabble beginnings to their more sophisticated friends and neighbors. It was, to many previous generations, an embarrassment. The effort to gain social status meant getting as much distance as possible from dirt, manure, and sweat.

Shake anyone’s family tree and you’re likely to find farmers down most branches. Their farms often fed no more than their own families, but our farming ancestors were remarkably self-reliant in ways now lost to us. The average person possessed an extraordinary range of skills in order to keep tools and implements in good repair; livestock healthy and productive; family members clothed and cared for from birth to death; food planted, harvested, and stored. It’s more than a crying shame that the average person’s productivity would likely come to a sudden halt with the loss of electricity. Or the depletion of fossil fuel. Or a sudden drop in Wi-Fi connectivity. 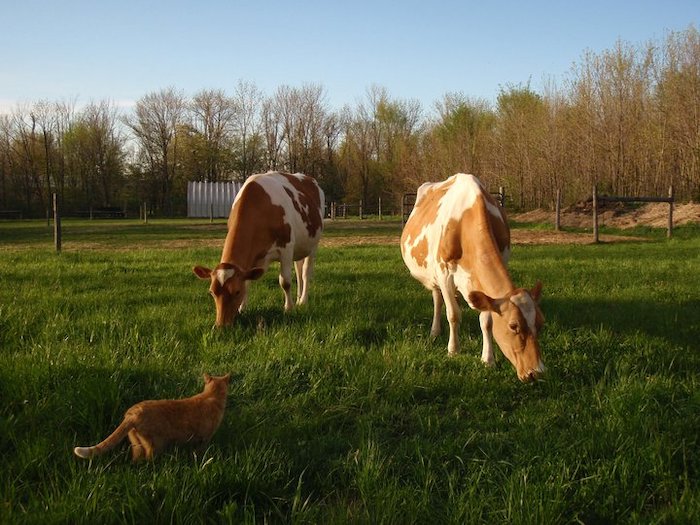 These days people may claim to be farmers when they have backyard chickens or enough herbs planted to sell a few bunches. I say, OK! They are beginning to reclaim those lost skills on the land they have.[5] This is a vital step in the right direction.[6]

Yet many, like Dalton, insist the word “farming” must be predicated on skill, hard work, and truly putting one’s equity at risk. Dalton says the bar is held pretty high in farming communities, sharing a cogent example:

Years ago my friend “Dan,” who has farmed all his life, including running a dairy as a teenager and raising tobacco, took on a second job of selling real estate in order to bring in some extra income. Everybody knows what you’re doing in a small town, and it wasn’t long before some neighbor at the coffee shop twitted him about being a realtor and not a farmer anymore.

It was an unfair remark, but it showed how country people feel about anyone they can accuse of lack of seriousness. To call yourself a farmer without having earned the title is, in this small community at least (and I suspect in many others), not done…Rural people don’t appreciate the pretentions of those who want to wear the mantle of Berrylike back-to-the-landedness without sweating for it—physically and financially.[7]

Every farmer in my extended family either works outside the home full time, or has a spouse who does so. Farming is a risky business based on the whims of banking institutions, increasingly erratic weather, and highly volatile market conditions. Farming, particularly for the youngest generation, is often impossible to live on as a full-time occupation due to the price of land. This excerpt from Dalton’s post indicates, to me, the nonsense of predicating one’s identity on what the neighbors think. Besides, it’s dangerous to constrict our behavior based on what meets with approval in small towns.

Although words have power, they are diluted constantly. It would be great if significant words weren’t already used in ways that make a mockery of their meaning (diapers named Luv, cars named Soul, wars named Enduring Freedom). We live in a society where word associations are watered down to meaninglessness by marketers and PR spin. What words could I use to describe muffins I make by grinding grain, beating it into eggs from our chickens, milk from our cows, and herbs I dried myself? Terms like “fresh” or “homemade” are splattered across clamshell plastic containers of muffins recently unpacked at our grocery and left to defrost before being displayed.

I’m guessing professional golfers don’t look askance at weekend putters who call themselves golfers any more than the men and women who make their living as farmers really care much if homesteaders down the road or cousins in the city call themselves farmers, too.

I believe we can choose the words we use to define ourselves. Well, at least around people who don’t call us to account for how much risk and hard work we put into those self-definitions. Maybe that risk is more than financial. I have dear friends who devote their lives to perfecting a craft. They act, compose, weave, paint, weld, invent, write, sing, and throw pots. They are driven to continually refine what it means to create. Yet most of them spend their days at jobs that are unrelated in order to survive. They wait tables or work in accounts receivable. Their real gifts emerge during precious hours plucked from mundane obligations. It’s quite possible to attend a production at a local playhouse and see performances that shift the way you experience the world. You walk out a changed person for the extraordinary art you have enjoyed. Chances are that director, those actors, that playwright are unable to support themselves with their work, vital though it is. I hope they define themselves by their art more than they do by their day jobs. I feel the same way about those who farm, on whatever scale. They’re putting passion into action.

People who farm, even if harvesting enough to feed only their families, are at the cutting edge of a new revolution. Daily experience helps them understand more directly the perfect intersection of water, soil, and sunlight necessary to create food. They’re more likely to support not only farmer’s markets but also candidates and policies that make sustainable agriculture more possible. They create wealth in deeper connections.[8] And many of them feed more people each year, just as small farms did for all the generations before us. That’s why I disagree with Dalton’s argument, “you will do more for American farming by patronizing your local farmers’ market regularly than by any personal effort at ‘urban farming.’”

Instead of quibbling over naming rights, let’s draw a wider circle, one that embraces community gardeners, backyard chicken raisers, hobby farmers, homesteaders, and conventional as well as organic farmers. They’re working the land they have, the best they know how. A wider circle acknowledges we’re making a better future, one passionate farmer at a time. In the twenty-first century, that’s the legacy we’ll keep cultivating wherever we grow.

[6] As Sharon Astyk explains so cogently in Depletion and Abundance: Life on the New Home Front, there may be very little time to waste.

Laura Grace Weldon is the author of a handbook of alternative education titled Free Range Learning as well as two poetry collections, Blackbird and Tending. Connect with her at lauragraceweldon.com

Check our books for gardening with kids!